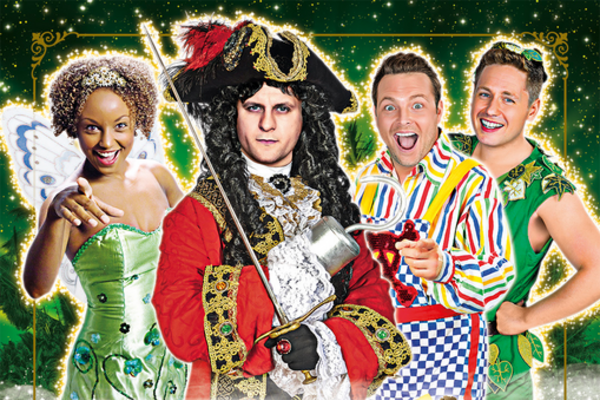 With plenty of swash and buckle, Peter Pan, Captain Hook and Tinker Bell take up their residency this Christmas at Fairfield Halls

A super swashbuckling family adventure Peter Pan – The Return of Captain Hook, flying into Fairfield Halls this December. With a star-studded cast, headed up by EastEnders bad boy Ricky Champ as Captain Hook and Gemma Hunt as Tinker Bell.

Join Peter, Smee, Tinker Bell, Emily and Ethel Mermaid on a brand-new swashbuckling adventure full of fun, laughter … and crocodiles!
After defeating the evil Captain Hook and his crew of prancing pirates, life has been pretty perfect for Peter Pan. But when a stranger arrives in Neverland, he is forced to question his past and face his future. Will Peter ever grow up?
And then there are the rumours …
That a certain someone survived the stormy seas and is seeking revenge! Have you heard them too? People are saying … that Hook is back!
So watch out … he might be behind you!