Home > About Us > About Stagetext

We are Stagetext, a deaf-led charity. We are passionate about making the arts a more welcoming and accessible place.

12 million people in the UK are deaf, deafened or hard of hearing. That means one in five of us rely on subtitles and captions to experience the joy of live theatre, to sing along with our favourite musicals, to take guided tours around museums, or to see our favourite authors speak at festivals.

We make these experiences possible. Using our two decades of experience, we employ the latest technology and set the highest standards in access, to give everyone a complete and equal experience of the arts.

Our founders knew how isolating it can be when you’re forced to be left out. We never want anyone to feel that way again.

For Peter Pullan, attending the UK’s first ever captioned theatre performance was “like day and night” compared to his previous experiences. It was 1999, and he settled down with his friends Merfyn Williams and Geoff Brown at The Barbican when a US company travelled over to caption Antony and Cleopatra.

As well as sharing a love of theatre, Peter, Merfyn and Geoff all had different types of deafness. While many would take a trip to the theatre for granted, this was the first time that Peter could comfortably follow the plot, the dialogue, and subtle nuances of the actors’ performances at the same time.

This first glimpse of what accessibility could look like unlocked something wonderful for the three friends. They wanted to share their transformative experience with deaf audiences all over the country.

Antony and Cleopatra had been part of an accessible arts tour organised by the League for the Hard of Hearing, a US organisation that had already run successful captioned performances in New York. Should Peter, Merfyn, and Geoff invite the League back, convince a UK theatre to take the lead, or take matters into their own hands?

They chose the latter, and in May 2000 Stagetext was born.

Our co-founders worked fast: they imported technology from the States; hired our first captioner, Lynn Jackson; and set to work around the kitchen table to make change happen.

Six months on, they were captioning their first show: The Duchess of Malfi, fittingly staged at The Barbican, where it all began. That performance on 15 November 2000 will always hold a place in our hearts, kick-starting two incredible decades of captioning – and counting.

Since that memorable night, Stagetext has flourished. Through rigorous user testing, we developed a pioneering approach to accessible text formatting that’s embraced by venues worldwide. We now caption over 300 theatre shows each year, and are breaking new ground to make museums, galleries, live events and online entertainment more accessible.

But we’ll never forget those early days: if it wasn’t for Peter, Merfyn and Geoff dreaming big as they sat around their kitchen table, we’d never be where we are today.

According to Peter, those game-changing captions during Antony and Cleopatra gave him a feeling of “tremendous excitement”. It’s stories like these – from audiences, supporters and venues – that show why our work matters. You can watch Peter talking about that first experience here.

Since 2020, we have been curating some of the best stories from Stagetext’s rich 21-year history as part of an ongoing archive project. 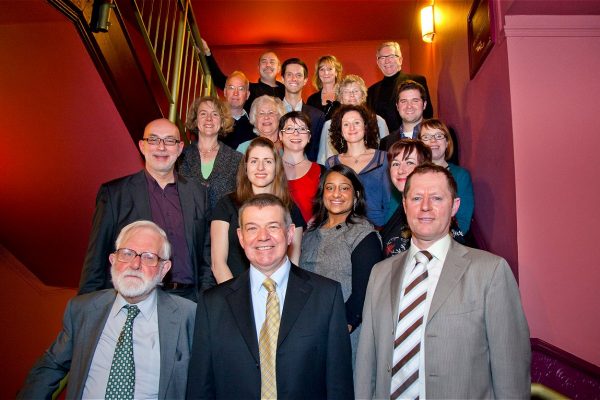 A happy group photo of StageTexts founders - Image 1 of 12 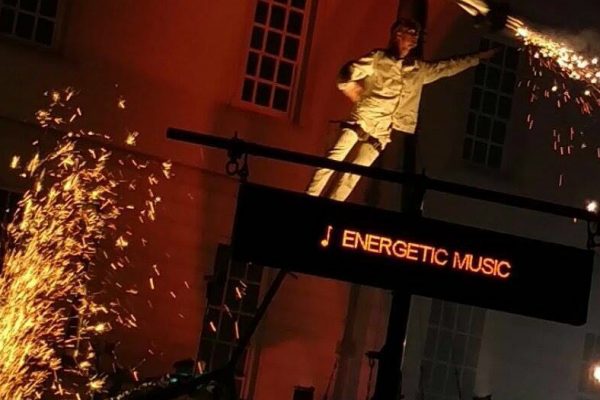 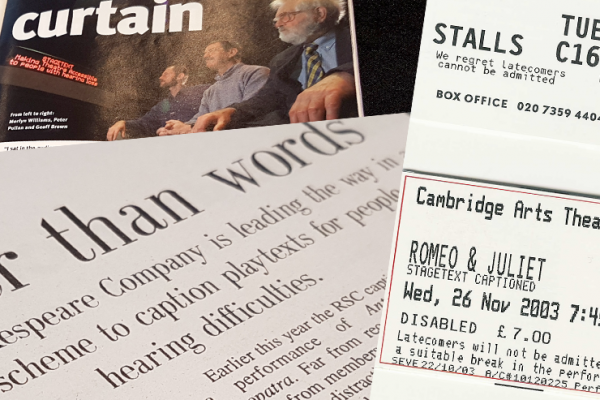 A collage of newpaper articles & theatre tickets - Image 3 of 12 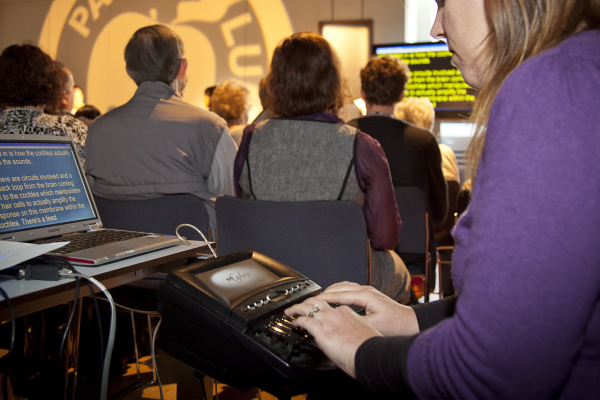 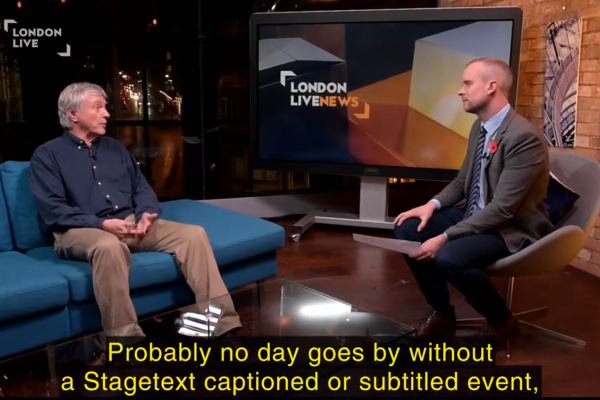 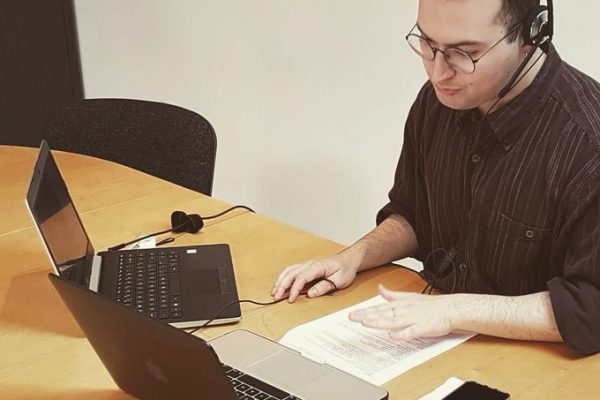 Oliver working on laptop - Image 6 of 12 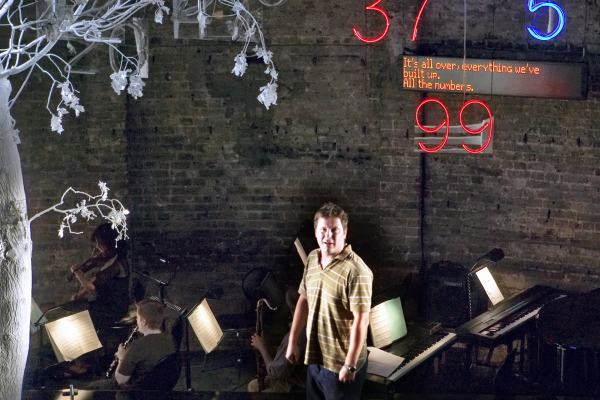 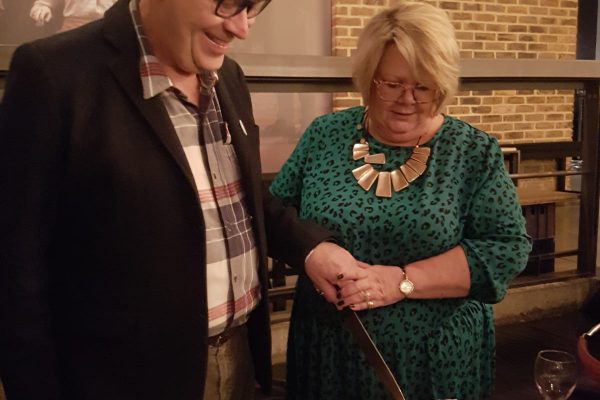 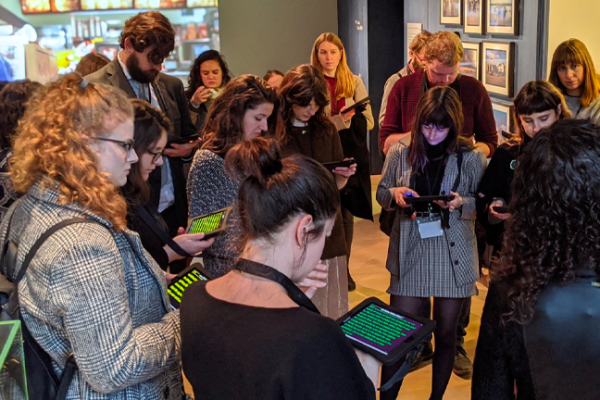 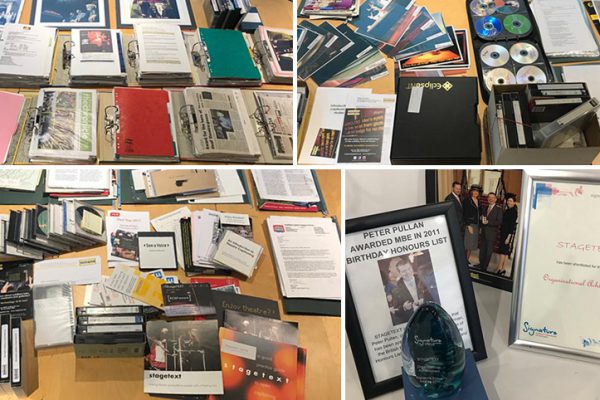 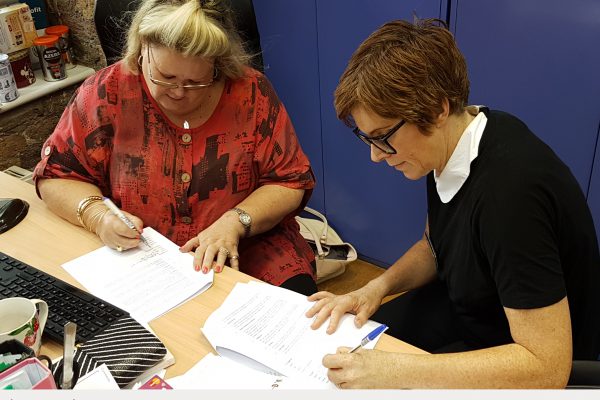 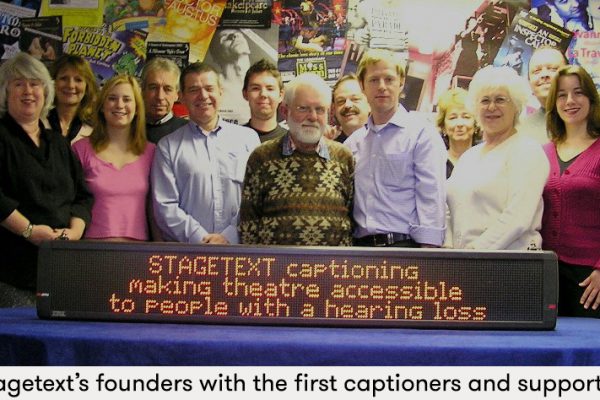