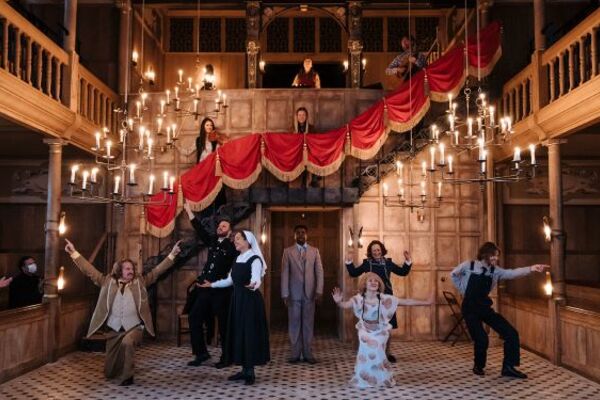 An ‘exquisitely smart’ ???? (Time Out) and ‘utterly hilarious’ (Evening Standard) production of Shakespeare’s Measure for Measure comes to life in the Sam Wanamaker Playhouse.
Britain is a nation on a knife-edge. Increasing inflation, surging unemployment, an energy catastrophe, identity crisis and persistent political scandal. It’s 1975.
In London, the Duke abandons the unravelling city, leaving authoritarian Angelo in power. When he starts policing sexual freedom, Isabella is drawn from the safe space of her convent to rescue her brother from death under the new laws. Only his freedom comes at a price: her.
What is she – and society – willing to lose in the fight for justice?