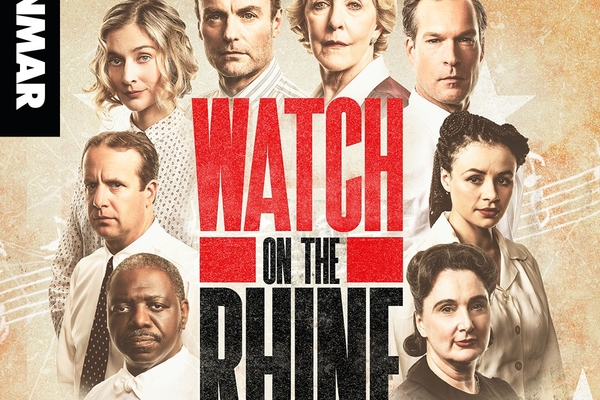 “It’s an indulgence to sit in a room and discuss your beliefs as if they were a juicy piece of gossip.”

Summer 1940. On a peaceful morning in her Washington D.C. living room, widow Fanny Farrelly anxiously awaits the return of her daughter and her German husband, fleeing Europe with their children.

As night falls, dark secrets emerge, and this American sanctuary becomes even more dangerous than what they left behind.

Known for her success on Broadway (The Little Foxes, The Children’s Hour) Lillian Hellman was also a brilliant activist, ahead of her time. WATCH ON THE RHINE is her masterpiece political thriller, given a timely revival by director Ellen McDougall.