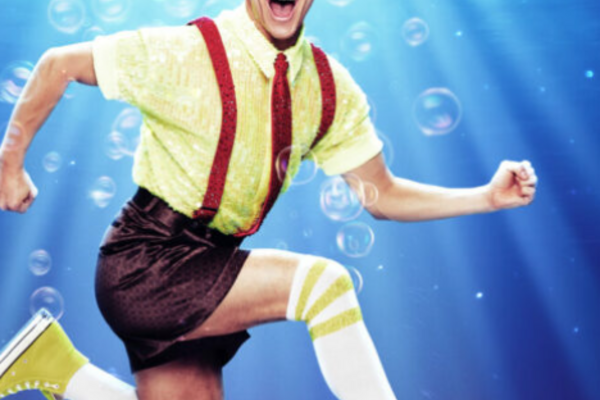 Who lives in a pineapple under the sea and became the hottest star on Broadway? Why, it’s SpongeBob SquarePants! And now he’s ready to ride the wave to Curve to entertain and delight audiences in this brilliant, bright, hilarious and brand-new musical production.

Plunge into this stunning all-singing, all-dancing, dynamic stage show! When the citizens of Bikini Bottom discover that a volcano will soon erupt and destroy their humble home, SpongeBob and his friends must come together to save the fate of their undersea world! With lives hanging in the balance and all hope lost, a most unexpected hero rises up. The power of optimism really can save the world!

Based on the series by Stephen Hillenburg, The SpongeBob Musical, written by Kyle Jarrow and conceived by Tina Landau, features a tidal wave of original songs by the world’s most iconic rock and pop artists, including Yolanda Adams, Steven Tyler and Joe Perry of Aerosmith, Sara Bareilles, Jonathan Coulton, Alex Ebert of Edward Sharpe & The Magnetic Zeros, The Flaming Lips, Lady A, Cyndi Lauper, John Legend, Panic! At the Disco, Plain White T’s, They Might Be Giants and T.I., and songs by David Bowie, Tom Kenny and Andy Paley. Additional lyrics by Jonathan Coulton and additional music by Tom Kitt.

An exciting new production featuring irresistible characters, magical choreography and dazzling costumes; this deep-sea pearl of a show is really set to make a splash with audiences young and old as the must-see musical of 2023. The future is bright, the future is bold, the future is The SpongeBob Musical.
Age guidance: 5+