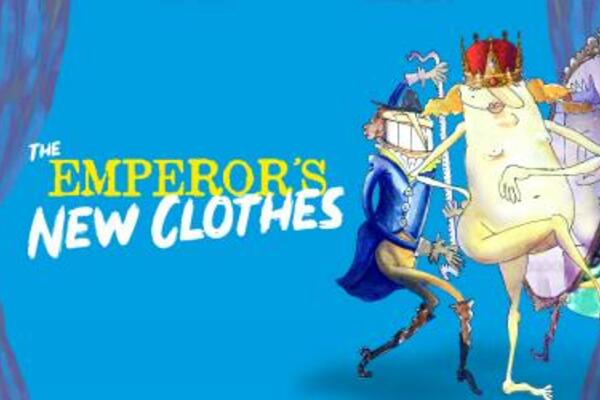 A brand new adaptation of the Hans Christian Andersen classic

The Emperor likes nothing more than a fashion parade and you are all invited to ohh and ahh at his talent and eye-popping outfit.

Meet the vain Emperor, the pandering advisors who offer uncritical support, and the crowd who fail to tell the truth, preferring lies to be told instead.

Hilarious and heart-warming, magical and musical, The Emperors New Clothes is a stylish theatrical treat for all ages.

The Emperor’s New Clothes follows the hugely successful productions of The Jungle Book and Treasure Island.

All performances will have fully integrated British Sign Language and Captioning.