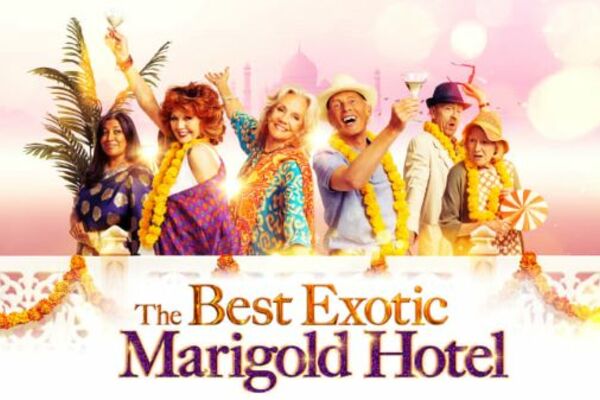 Based on the Sunday Times bestseller which inspired one of this century’s most treasured films, The Best Exotic Marigold Hotel takes us on a journey to India with an eclectic group of British retirees as they embark on a new life. The luxury residence is far from the opulence they were promised, but as  their lives begin to intertwine, they are charmed in unexpected and life-changing ways.
Starring the icon of Hollywood’s Golden Age, Academy, BAFTA and Golden Globe-Award winner, Hayley Mills (Wild at Heart, Pollyanna, The Parent Trap), household favourite and screen and stage star Paul Nicholas (Jesus Christ Superstar, Just Good Friends, Eastenders) and Rula Lenska (Rock Follies, Coronation Street, Eastenders). Also featuring Andy de la Tour (Notting Hill, Star Wars, The Young Ones), Rekha John-Cheriyan (Four Weddings and a Funeral, Tomb Raider, Hollyoaks) and Marlene Sidaway (Coronation Street, Pride and Prejudice).
The Best Exotic Marigold Hotel is a joyous comedy about taking risks, finding love and embracing second chances, even in the most surprising of places.